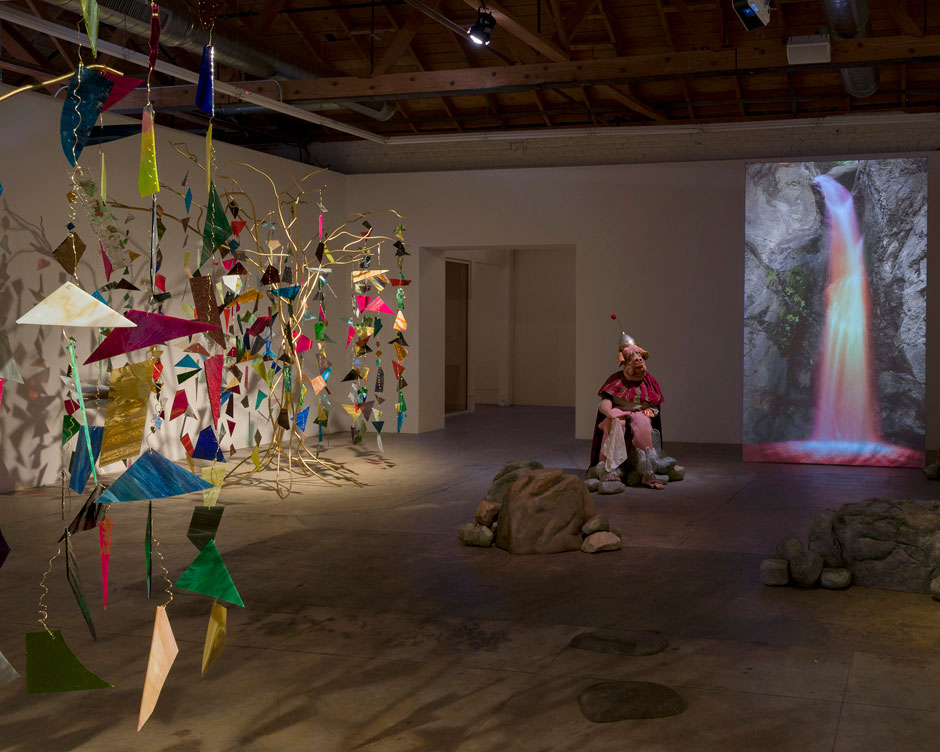 Los Angeles-based, multi-media artist Marnie Weber received her BA from University of California, Los Angeles in 1981 and is represented by Gavlak Gallery. She has shown her unique and affecting works internationally from the very start of her art career.

Multi-talented, Weber creates sculptures, installations, film and video works, collage and performance art. Additionally, she has created cover art for various books and has released solo albums and albums with her band the “Spirit Girls”. Her work has been celebrated in numerous solo shows and group shows by noteworthy artist/curators all over the world. It is striking to note the tremendous amount essays written by renowned art writers who have been inspired to write about Weber’s fascinating work.

Marnie Weber’s centralizing embrace of the societal fringe mimics our globalized reassessment of the dominant point of view, debunking the old norm for a new model where the previously peripheral moves to center stage. Her world of freaky side-show circus characters, runaway waifs and mobile home denizens are counter-culture oddities recast as empowered models of defiantly capable heroes, or at least battered survivors. Unabashedly narrative in nature, these works maneuver like familiar storybook legends and fairy tale lore, insinuating themselves into our subconscious soup of primal fears and childhood nightmares. At first seeming to be eccentric cast-offs, these damaged personages soon reveal themselves to be stand-ins for us, fragile yet resilient, emotionally vulnerable human beings of merit and worth in search of acceptance and security. Through these surrogate misfits, we find compassion for ourselves.