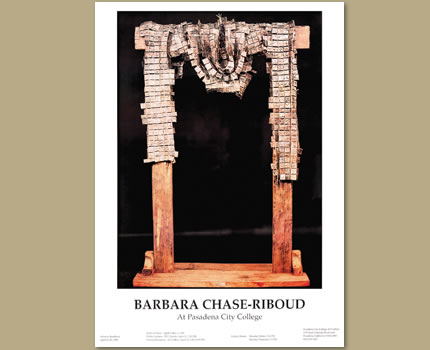 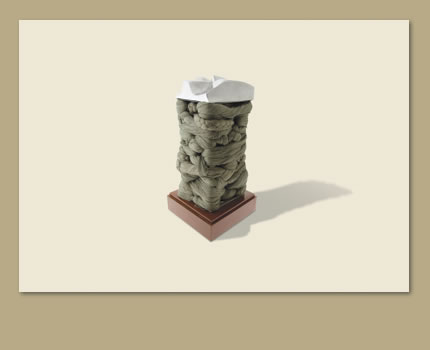 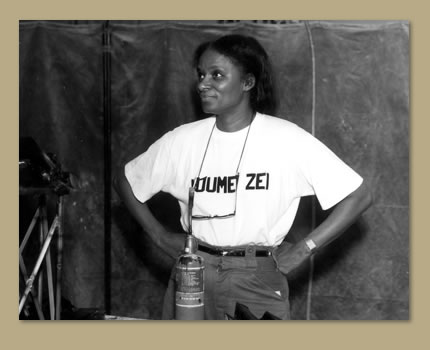 Sculptor, painter, novelist, and poet, Barbara Chase-Riboud (b. 1939 in Philadelphia) is recognized for her ability to communicate through both visual and literary art, African-American history and culture. Trained at Philadelphia's Tyler School of Art (BFA 1957), Chase-Riboud has had a distinguished career which includes a number of "firsts," including the first living American woman to have her own exhibition at the Metropolitan Museum of Art in New York. Her award-winning 1979 Sally Hemings: A Novel provided a historical and literary perspective on Thomas Jefferson's relationship with his slave, Sally Hemings. In 1996, Chase-Riboud was awarded a Knighthood in Arts and Letters from the French government. She became the first woman artist in residence at PCC in 1990.

"...interestingly enough, when I mentioned to Chase-Riboud at the time, that she was the 'first' woman artist to take part in the program, she raised her eyebrows somewhat disapprovingly. I understood immediately that she had just indicated that she did not see herself as a "woman" artist, but as an artist."