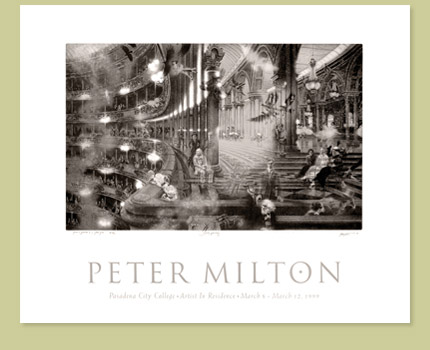 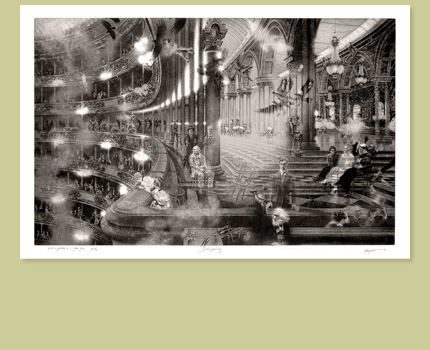 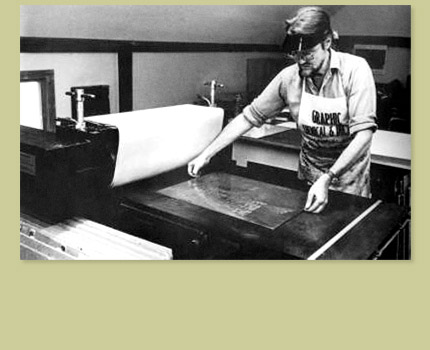 Peter Milton (b. 1930 in Lower Merion, Pennsylvania) produces richly detailed black and white etchings and engravings that reward close inspection. Nijinsky Variations, the large print Milton donated to PCC, is an allegory of art history that alludes to the legendary dancer and choreographer Vaslav Nijinsky and the Paris premiere of Igor Stravinsky's Rite of Spring in 1913, where Nijinsky’s performance literally provoked the audience to riot. Milton’s image is far from literal, though, as historical figures, including the artists Mary Cassatt, Edgar Degas and Jean Cocteau, appear in varying degrees of solidity and ghostliness, many of them depicted twice, at different stages of life. According to the artist, “Nijinsky Variations plays with the coexistence of age and youth: the older self appears attended by the younger. The two Degases are spatially the closest to us; the two Cassatts are with the group of four on the right; the two Nijinskys are at the left.” Milton’s prints are held in the collections of many art museums in the United States.