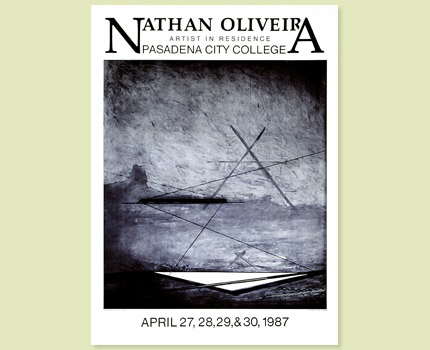 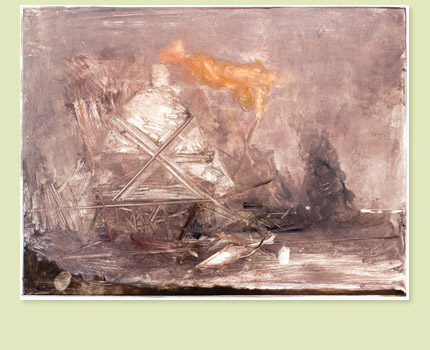 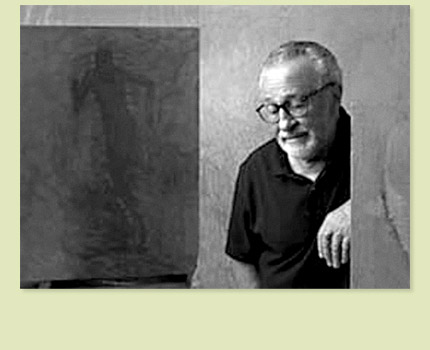 Painter and printmaker Nathan Oliveira (1928-2010) built a reputation based on his abstract expressionist paintings and his eloquent use of monotype. A Bay Area native, trained at the California College of Arts and Crafts in Oakland, Oliveira exhibited his work in galleries and museums nationally and internationally from the mid-1950s. He is represented in permanent collections throughout the country, including the Norton Simon Museum in Pasadena, the Detroit Institute of Arts, the Art Institute of Chicago, the Hirshhorn Museum and Sculpture Garden, and the Brooklyn Museum. He taught at institutions such as Stanford University, the California College of Arts and Crafts, and the California School of Fine Arts. Oliveira became Pasadena City College’s inaugural Artist-in-Residence in 1987.

"Oliveira was aware that he was the inaugural artist taking part in the newly created artist-in-residence program beginning in the spring of 1987. He spoke of the importance of giving the art community, especially young artists, an opportunity to experience the work of a mature artist."