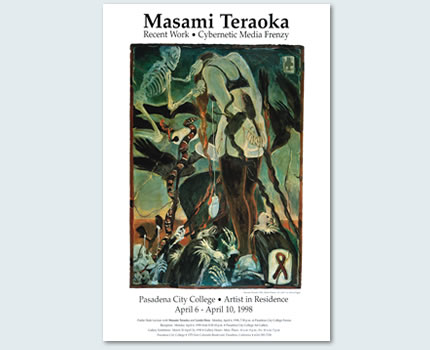 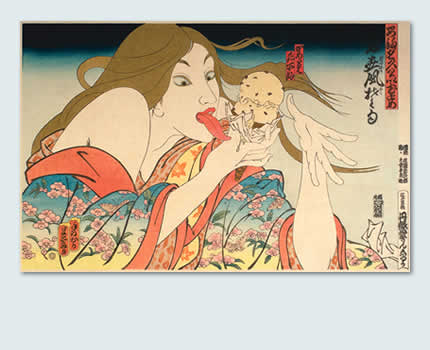 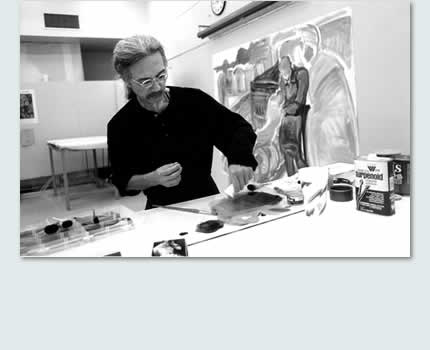 The paintings and prints of Masami Teraoka (b. 1936 in Onomichi, Japan) express a tension between ancient art techniques and contemporary social realities. Teraoka gained international prominence beginning in the 1970s for works that fuse the look of Japanese Ukeyo-e wood block prints with themes drawn from contemporary Western culture, such as his series of watercolor paintings McDonald's Hamburgers Invading Japan (1975), and his 1982 wood block prints 31 Flavors Invading Japan. In recent decades, after living in the west for many years (he now resides in Hawaii), Teraoka has adopted European painting traditions to depict contemporary social issues. He utilizes the triptych format of a gilded medieval altarpiece to address such subjects as airport security screening, pedophilia among Catholic priests, and the ethics of human cloning.