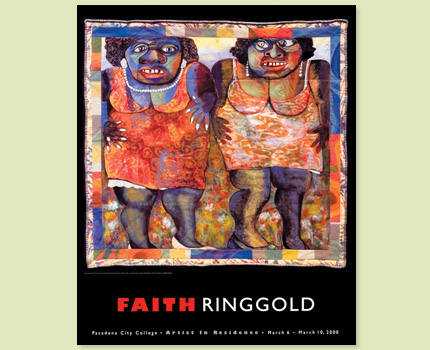 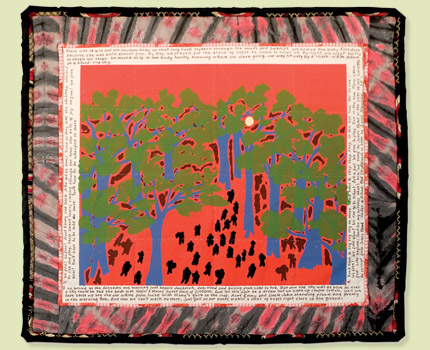 Coming to Jones Road:
Under A Blood Red Sky
(2000) 39 x 44 in.
Silkscreen on Canvas with
Pieced Border & Handwritten Text 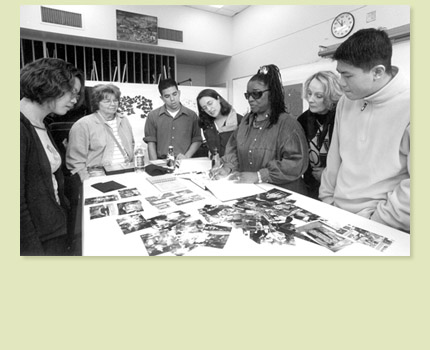 The art of Faith Ringgold (b. 1930 in New York City) addresses social injustice, particularly as it is reflected in the lives of women and the history of African-Americans. Ringgold was trained as a painter at City College in New York in the 1950s. Inspired by the writings of James Baldwin and Amiri Baraka (then Leroi Jones), her paintings became explicitly political in the early 1960s. By the mid-1970s, Ringgold had emerged as an important figure in the feminist art movement. She is best known for her “story quilts,” in which quilt making — with its roots in African tradition and more recent associations with domestic crafts by women — is combined with modernist painting techniques and written narratives. Her work is represented in many museums, including the Metropolitan Museum of Art and the Museum of Modern Art in New York. She has received innumerable honors and awards, including 17 honorary doctorate degrees.