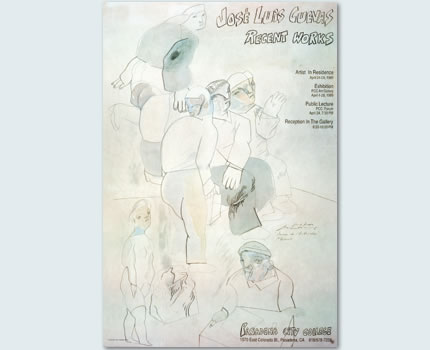 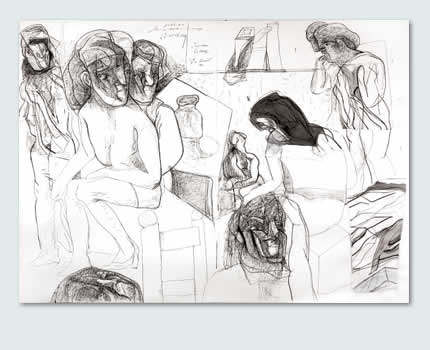 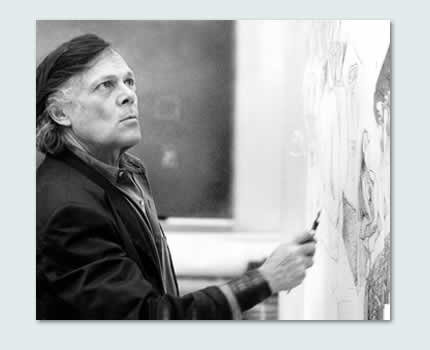 Artist and social activist José Luis Cuevas (b. 1934 in Mexico City) has an international reputation as a draftsman. Essentially self-taught, Cuevas was a catalyst in the transition from the traditional Mexican muralist style to a contemporary Mexican art that challenged tradition, to which end he published his own manifesto in 1953, The Cactus Curtain: An Open Letter on Conformity in Mexican Art. Since his first show in the early 1950s, Cuevas has established an impressive exhibition history in the Americas and worldwide. Among the many awards he has received is Gentleman of the Order of the Arts and Letters, given in 1991 by the French government. The José Luis Cuevas Museum in Mexico City has a collection of over 1,000 works, donated to his country from the artist's personal collection. Mr. Cuevas served in residencies at the University of Seattle (1977) and Pasadena City College (1989).

"Perhaps the first thing you notice about the work of art donated to Pasadena City College by renowned Mexican artist José Luis Cuevas, is its size."