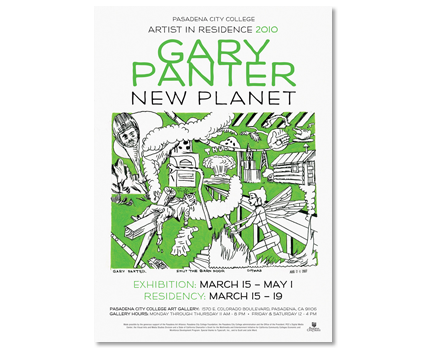 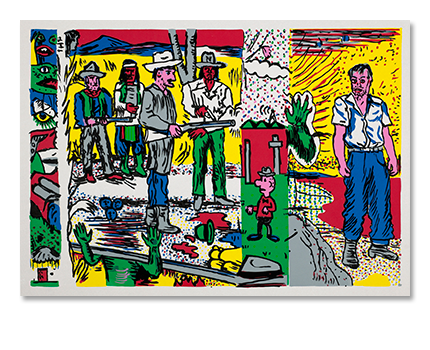 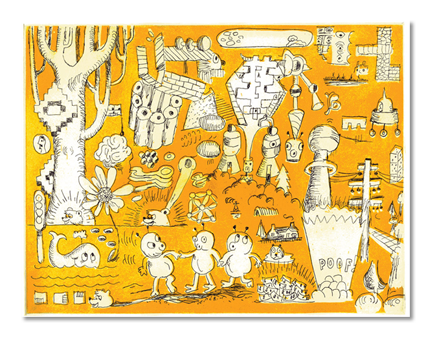 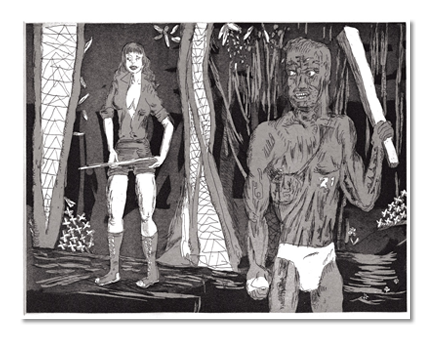 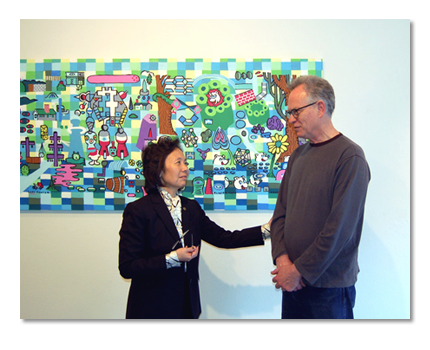 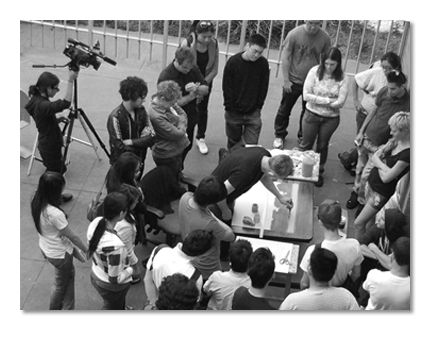 Gary Panter has distinguished himself in an astonishing array of artistic fields. In the words of artist Mike Kelley, “Gary Panter is the most important graphic artist of the post-psychedelic (punk) period.” Panter is a recipient of three Emmy awards (as head designer of “Pee-wee’s Playhouse”) and the Chrysler Design Award, presented to individuals whose seminal work in architecture or design has “significantly influenced modern American culture.”

An innovator in comics as well as graphic art, Panter is one of only four living practitioners included among the “Masters of American Comics,” an exhibition jointly organized in 2005 by the Museum of Contemporary Art and the UCLA Hammer Museum. He’s had one-person gallery exhibitions in worldwide, including a retrospective exhibition at the Aldrich Contemporary Art Museum, Ridgefield, Connecticut, in 2008.

Born in Durant, Oklahoma, Panter earned a BFA degree from East Texas State University at Commerce. He lives in Brooklyn, New York, and teaches at the School of Visual Arts, New York.

"Admirers of the visual work of Gary Panter might assume that our 2010 Pasadena City College Artist-in-Residence must be a very strange man indeed..."