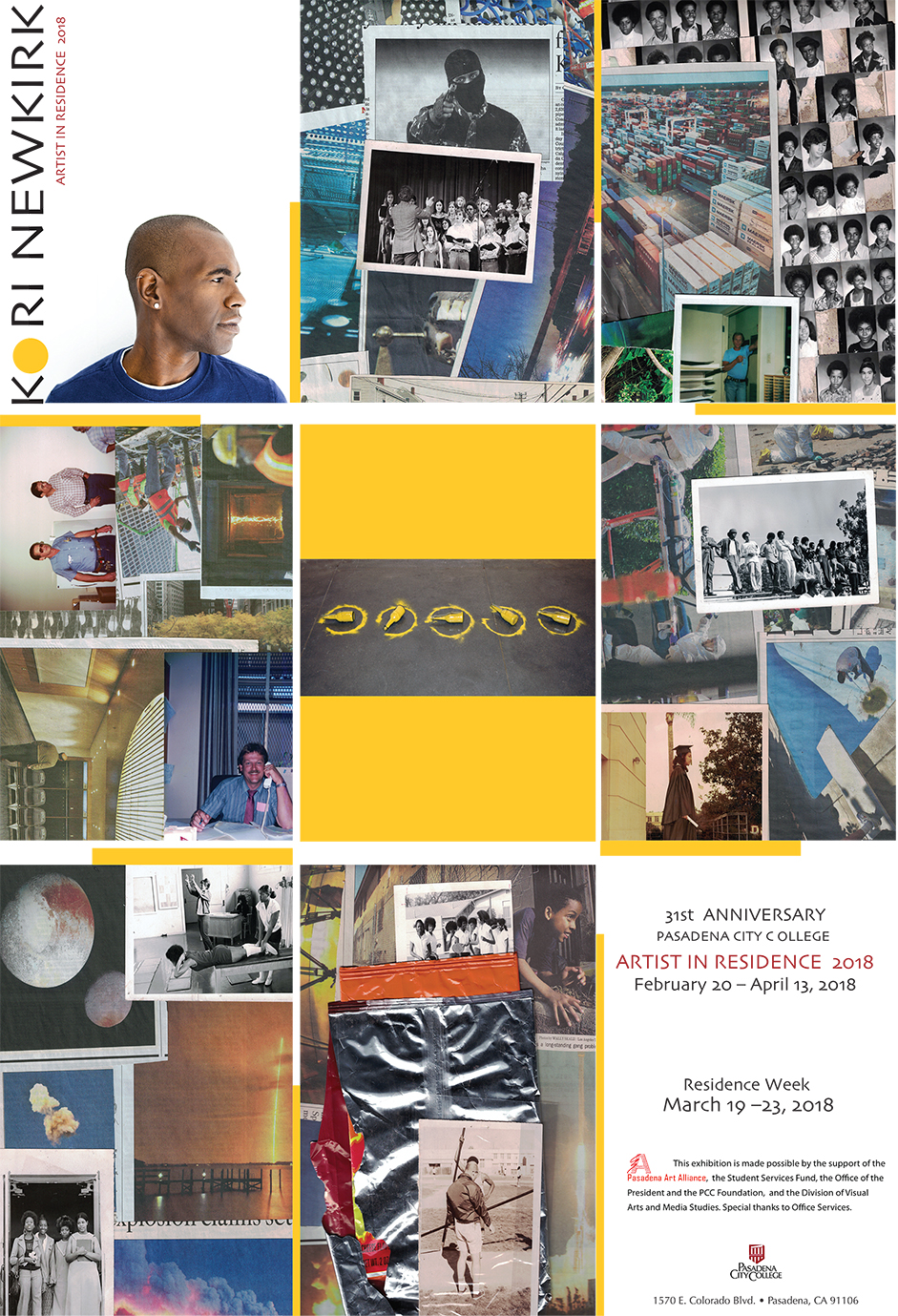 Kori Newkirk received his MFA from the University of California, Irvine in 1997 and his BFA from The School of the Art Institute of Chicago in 1993. In addition to a monographic survey at The Studio Museum in Harlem (2008) and the Pasadena Museum of California Art (2008), Newkirk has had solo exhibitions at The Project, New York (2009, 2006), LAXART, Los Angeles (2008), MC, Los Angeles (2006), the Museum of Contemporary Art, San Diego (2005), and Locust Projects, Miami, Florida (2005). Group exhibitions include Blues for Smoke, MOCA, Los Angeles (2013), Meet Me Inside, Gagosian Gallery, Los Angeles (2010), Selections from the MCA Collection, Museum of Contemporary Art Chicago, Chicago (2010), the 2006 Whitney Biennial, Whitney Museum of American Art, New York, DAK'ART: 7th Dakar Biennial, Dakar, Senegal (2006), Uncertain States of America, Astrup Fearnley Museum of Modern Art, Oslo, Norway (2005-6), the 2004 California Biennial, Orange County Museum of Art, Newport Beach, California, and Freestyle at The Studio Museum of Harlem (2001).

Kori Newkirk creates mixed media artworks often inspired from cast-off objects found in his local environs of downtown Los Angeles.  Newkirk harnesses these rescued objects in thought-provoking works that comment on our society. These unexpected impetuses provide a spring board for Newkirk’s investigations into art, as he intersects these creative materials into a fruitful dialog with art history, providing a cogent commentary on our everyday world and what it says about us as a culture.

By using unpredictable materials such as pony beads, pomade and hair extensions, Newkirk astounds us by articulating complex ideas about our cultural memory. For example, in an early work Newkirk suspends old tires from nooses in the gallery, evoking simultaneously the idyllic memories of swinging from a tire as a child and the terrifying legacy of our nation’s racist history; the memories of horror inflicted upon and endured by his African-American ancestral family contrasted by his own joyful memories as a child in the summer. Newkirk’s provocative works, inflected and informed by his African-American heritage, poignantly remind us of our racist inhumanity. Further, his work addresses the on-going alienation of the black community in our contemporary society. Newkirk continually reinvents his practice, rethinking cultural notions of beauty, exploring issues of narcissism, celebrity and spectacle in the political arena, and taking his practice into new unexpected directions.

This exhibition of Kori Newkirk’s work offers a suite of recent works, in hopes that the viewer may witness this dialog between life and art that characterizes Newkirk’s unique vision.