Devi S. Laskar is a native of Chapel Hill, N.C. She holds an MFA from Columbia University in New York, an MA in South Asian Studies from the University of Illinois at Urbana-Champaign and a BA in journalism and English from the University of North Carolina at Chapel Hill. A former newspaper reporter, she is now a poet, photographer and novelist. Her photographs include the cover of The Florida Review; and in the pages of Tiferet Journal and Blue Heron Review.

Her poems have appeared or are forthcoming from The Atlanta Review, Rattle, Fairy Tale Review, Tin House and The Raleigh Review, which nominated her for Best New Poets 2016. Her fiction is forthcoming from Crab Orchard Review. She has been nominated for a Pushcart Prize and Best of the Net. She is an alumna of both TheOpEdProject and VONA, among others. In 2017, Finishing Line Press published two poetry chapbooks, “Gas & Food, No Lodging” and “Anastasia Maps."

Devi S. Laskar’s debut novel, The Atlas of Reds and Blues (Counterpoint Press 2019) has garnered praise in The Washington Post, Chicago Review of Books, Booklist and elsewhere, and has appeared on most anticipated lists in TIME, Cosmopolitan (UK), Marie Claire, Nylon &  The Millions.

A native of Chapel Hill, N.C., she now lives in California with her family. 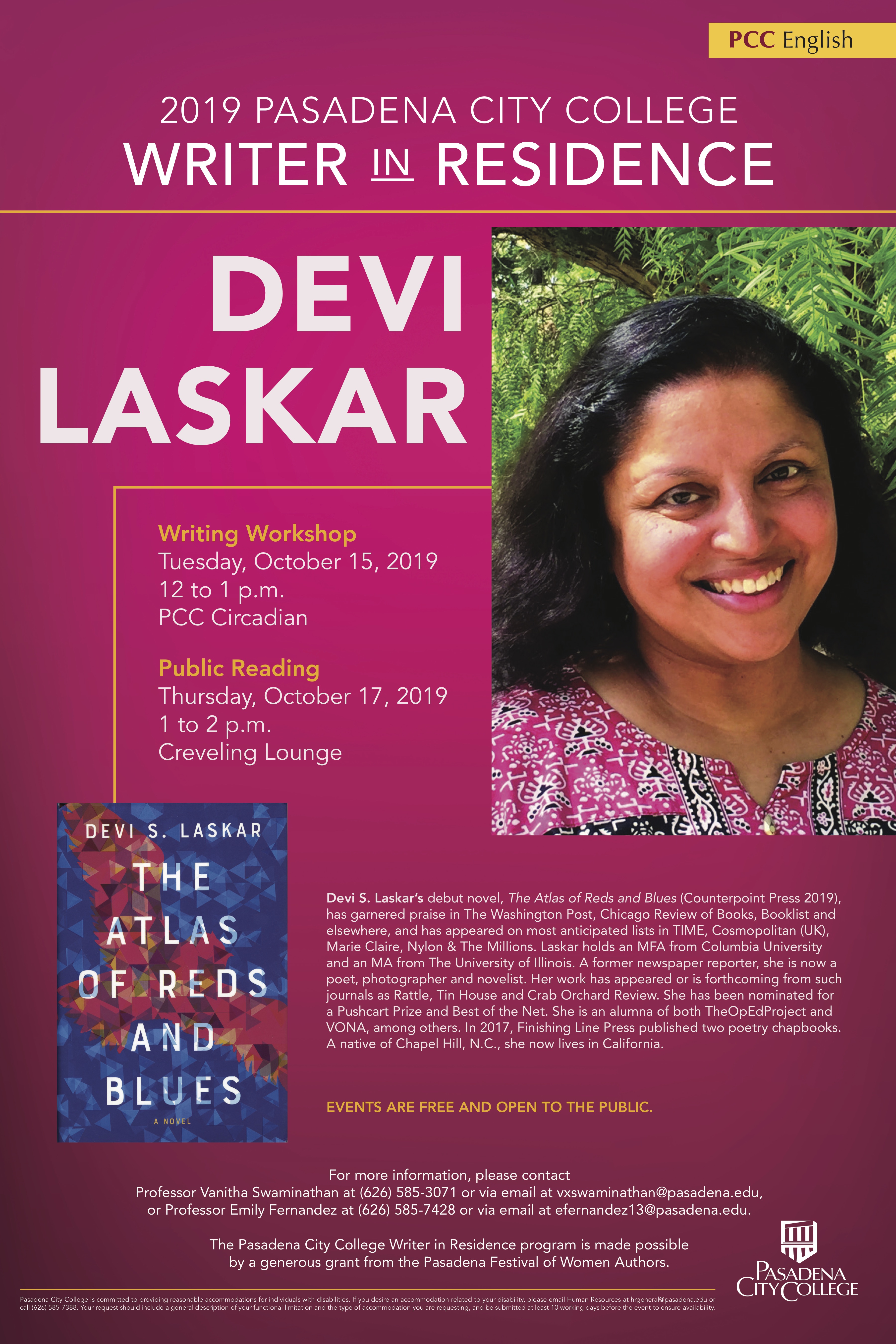