Explore this LibGuide to find books, articles and Web sources about music appreciation.

The titles cited below are only a representative sample of many specialized reference books that are available in the library and in the Music Lab/Library (Bldg V, Room 203).

Academic research is required for this class. Use the following online resources available through the library website to located articles and reference material for this class. A search in Google will not find the same results. Off-campus access requires a login.

Discovering Tchaikovsky's Sixth Symphony is one example of the films available through the Films on Demand database.  Use the Subject Catagory - music - to locate other films.

In this program, Charles Hazlewood addresses Tchaikovsky’s final work—and what many regard as his greatest achievement: Symphony no. 6 in B Minor (Pathétique), which premiered only days before his death. After conducting the BBC Philharmonic Orchestra in a complete performance of the monumental first movement, Charles Hazlewood thoroughly explicates each of that movement’s constituent parts: the introduction, the first and second themes, and the development, recapitulation, and final sections. Produced by the Open University. (58 minutes) 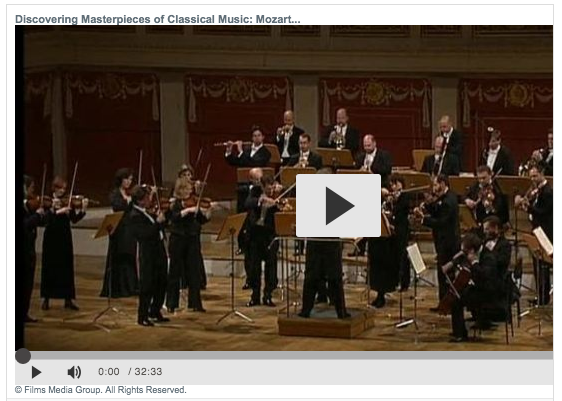